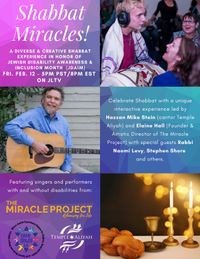 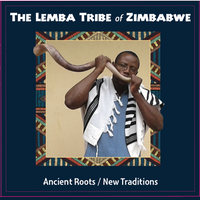 The amazing David Grisman with his quintet-David played with the Grateful Dead and all the greats of bluegrass and folk. Opening for David is Mike Stein and the Rolling Steins! For nearly half a century, mandolinist / composer / bandleader / producer David Grisman has been a guiding force in the evolving world of acoustic music. David skillfully combines elements of the great American music/art forms - jazz and bluegrass -- with many international flavors and sensibilities to create his own distinctive idiom: "Dawg" music, the nickname given to him by Jerry Garcia.

David founded Acoustic Disc, producing over 80 critically acclaimed CDs, five of which were Grammy-nominated. In 2010 he launched AcousticOasis.com, the first download website devoted to acoustic music offering over 70 releases which are available in full cd resolution.

David Grisman has always been a revolutionary. He has deeply influenced contemporary acoustic practitioners through his own musical explorations and has helped make artist-owned independent labels a viable force in today's music business.

Join us to hear the indomitable David Grisman play his original "Dawg" compositions and more with this talented group of musicians. 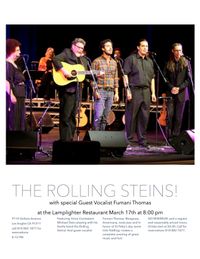 Mike Stein and the Rolling Steins with Fumani Thomas

Featuring Voice Contestant Michael Stein playing with his family band the Rolling Steins! And guest vocalist Fumani Thomas. Bluegrass, Americana, roots jazz and in honor of St Patty's day some Irish fiddling—makes a complete evening of great music and fun! NO MINIMUM, and a regular and reasonably priced menu. Drinks start at $4.00. Call for reservations 818 882 1877.

We have a dream at Temple Aliyah--to bring together all religions, pray for peace, sing and walk together hand in hand. Join Life Choir under direction of HB Barnum; St Bernardine's; Islamic Society of West Valley Voices of Hope Choir and others!

FREE and open to the public 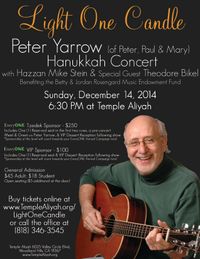 Light One Candle with Peter Yarrow and the Rolling Steins

Peter Yarrow (of Peter Paul & Mary) and The Rolling Steins (Mike, Justin, Jared, Kelley, Jamie and friends) are playing a concert to help celebrate Hannukah with the man who wrote the Hanukkah standard "Light One Candle." Also appearing is the legendary icon, Theodore Bikel!~!~ 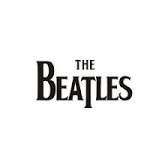 All You Need Is Love: A Beatles Shabbat featuring the Stein Bros.

Our liturgy to the most famous music of the 20th century--an absolute must-- you will find yourself singing the Hebrew cause you already know the melody--"it's easy!...... All You Need Is Shabbat.

FREE and open to the public 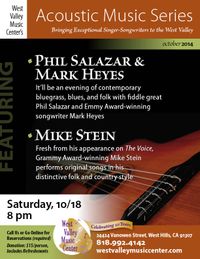 Michael Stein plays original folk and bluegrass tunes. Also on the bill is world famous fiddler Phil Salazar. The cost is $15.00 per person call 818 992 4142 for reservations. 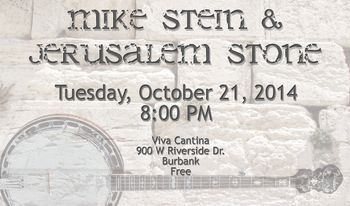 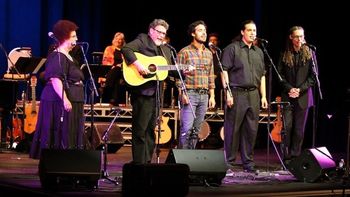